Mr. Norov expressed satisfaction over participation of the Afghan delegation in the international conference in Tashkent, adding that to secure the assurance of the participants, Afghanistan’s progress would be presented at the conference.

FM Muttaqi also assured that reliable security in Afghanistan has created good opportunities for investment. Particularly, the security sector officials elaborated on a successful operation against elements who had recently perpetrated distruptive acts within vicinity of Afghan-Uzbek border.

FM Muttaqi added that IEA is firmly bound by its commitments & will not allow any group or individual to use Afghanistan’s soil against another country.

Mr. Norov welcomed the recent developments in the direction of ensuring security in Afghanistan & enhanced trade between Central & South Asia through Afghanistan, adding that the President of Uzbekistan paid special attention to peace & stability in Afghanistan & utilizing this opportunity, serious work was underway on Termez-MazarSharif-Kabul-Peshawar railway project. He added that the implementation of this project would connect Central & South Asia leading to Afghanistan’s economic growth.

Referring to Afghanistan’s readiness for the project, FM Muttaqi noted that the negotiations with Uzbekistan and Pakistan in this regard had progressed well and that the practical work would commence now.

Speech by Mawlawi Amir Muttaqi, Minister of Foreign Affairs at Conference on Afghanistan in Tashkent 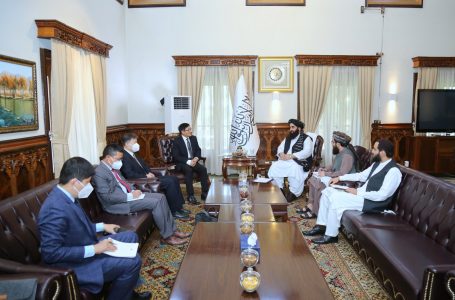 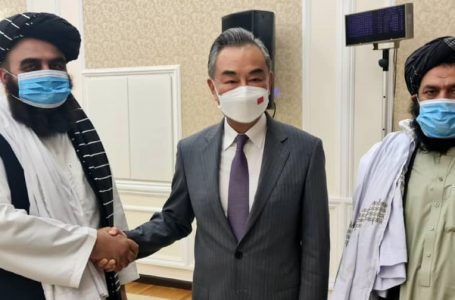