The meeting focused on bilateral political, diplomatic and economic relations, security cooperation, early launch of TAPI and TAP projects, growth in trade and private sector activities, increased exports of marble, fresh and dried fruit, and especially the completion of railway projects in Aqina and Turghandi and investment on Wind Power. It was also agreed to use Afghanistan as a transit route between Central and South Asia and to transport liquefied natural gas, minerals, food and other commercial goods through this route. The two sides also agreed that a meeting of the two sides’ technical team would be held in Kabul on January 22 and that the work on electricity, TAPI project and extension of railway would be inaugurated and commenced in March 2022. It is noteworthy that the Turkmen side pledged to allow dozens of students stuck in Kabul due of COVID -19 to gradually travel to Turkmenistan in early March, and it was agreed that Turkmenistan would award Afghan students with educational scholarships in the oil and gas, railway and other technical fields. 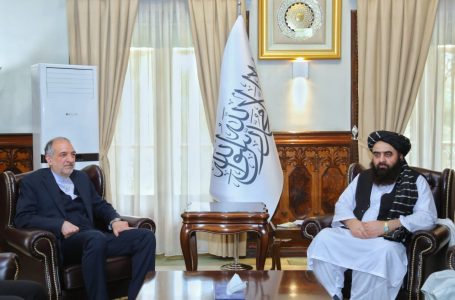