Turkey can play “an active role in investing, realizing some projects, renovating and restoring Afghanistan,” with the resources it possesses, according to that country’s acting foreign minister.

In an exclusive interview with Anadolu Agency, Amir Khan Muttaqi said the official recognition of his government and international aid held great importance to the recovery of the country’s economy.

Muttaqi led a Taliban delegation on an official visit to Turkey on Thursday to discuss bilateral issues and cooperation on the future of Afghanistan.

Turkish Foreign Minister Mevlut Cavusoglu and Muttaqi had a meeting where they discussed issues related to the official recognition of the Taliban and assets belonging to Afghanistan that were blocked by the US.

Muttaqi said the freezing of reserves by the US after the Taliban’s takeover, violated international law and human rights.

He stressed money blocked by the US was sent from other states for the development of Afghanistan.

“The real question is, why was this money blocked? What did the citizens of Afghanistan do?,” he asked rhetorically. “On the other hand, the US and other countries say that humanitarian aid should be given to Afghanistan and human rights should be respected. But, they leave the Afghan people with a population of about 40 million without basic necessities.”

Muttaqi said these issues were brought to the forefront by Turkish authorities at the news conference on Wednesday.

“As we have said in our meetings in recent days, in meetings with the US and European Union delegations in Doha, and in our meetings in Turkey, such states have been established in the world, some of which have been achieved by force, coup or elections in which one person or family is dominant. Why are these recognized but the government in Afghanistan remains to be a de facto state?,” he said.

Muttaqi said this was the usurpation of the rights of Afghans and said the situation had a negative effect on the economy of Afghanistan.

He noted that humanitarian aid sent from around the world have been distributed and the US and the EU promised aid in prior meetings with delegations.

Noting that the EU promised more than $1 billion in humanitarian aid and the amount of aid was decided at the Geneva Conference, Muttaqi said, “This reveals the cooperation of the countries of the world with us. The relations with us are getting better day by day. It has a positive impact on the field,” he said.

Muttaqi argued that security was ensured in the country with the Taliban administration regarding the Daesh/ISIS terror group threat and there was no threat in that sense.

“They are carrying out attacks on mosques and streets. You will agree that it is not an easy task to ensure the safety of all mosques and streets. They do not own any place in Afghanistan. In this way, international pressure is being exerted on the Afghan government. This propaganda also works both ways for Daesh/ISIS,” he said.

“The fact that the new state in Afghanistan is not officially recognized is beneficial to Daesh/ISIS. The countries of the world, on the one hand, say control the Afghan people so they do not emigrate. On the other hand, they do not officially recognize the government and give morale to Daesh/ISIS. This is in the interest of neither Afghanistan nor the world,” he said.

Turkey and the new administration in Afghanistan held their first high-level contact after the Taliban took power on Aug. 15.

The Taliban captured Kabul, forcing the president and other top officials to leave the country. They have formed an interim government headed by Hasan Akhund.

World powers have called on the group to form an inclusive government that is representative of the country’s ethnic diversity.
17.10.2021 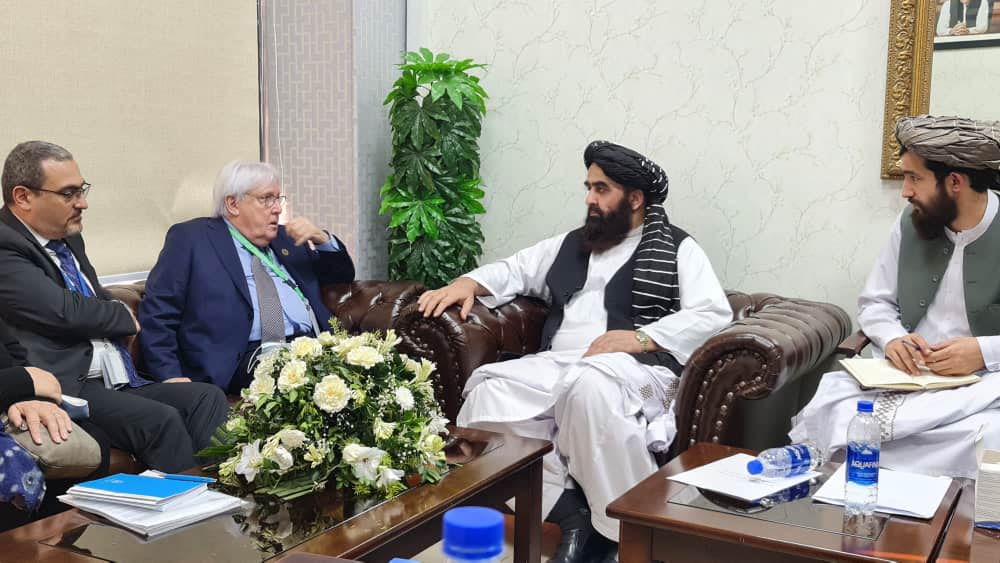 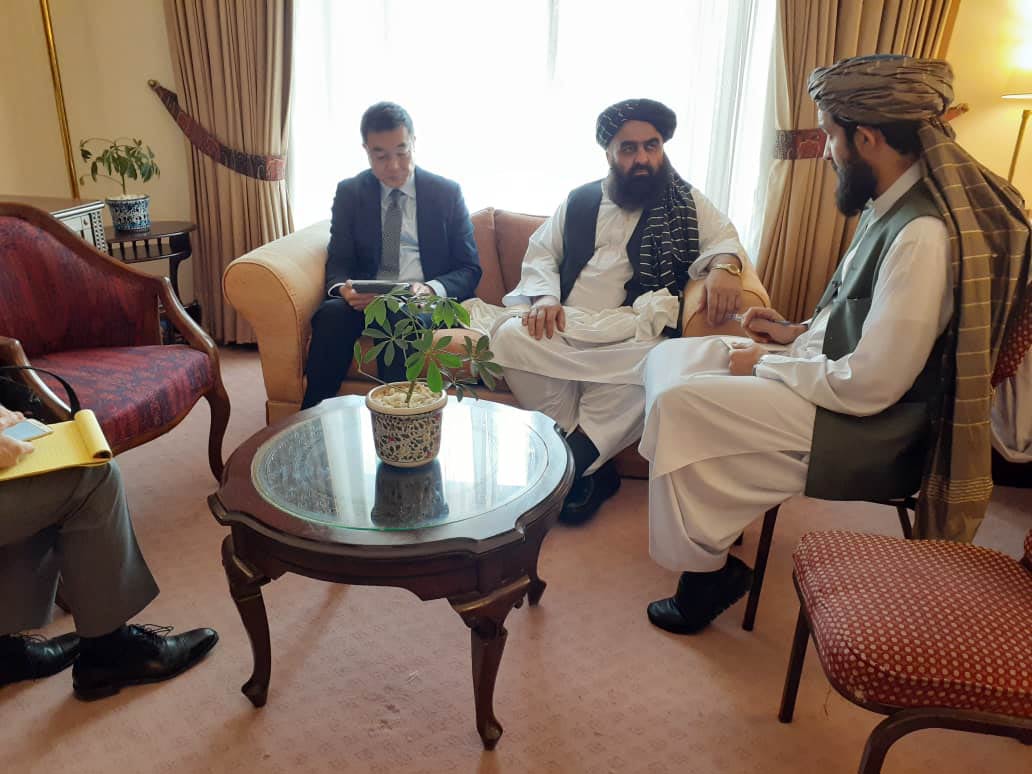 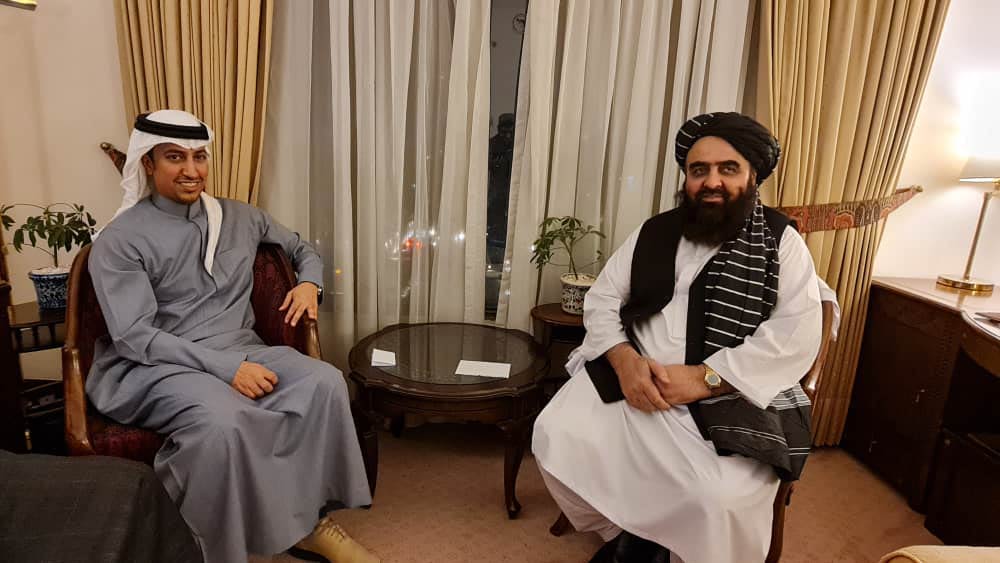 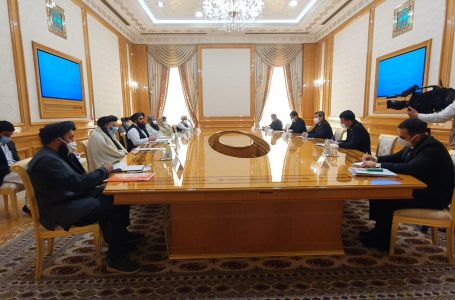 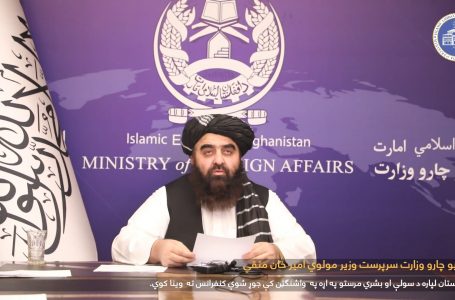